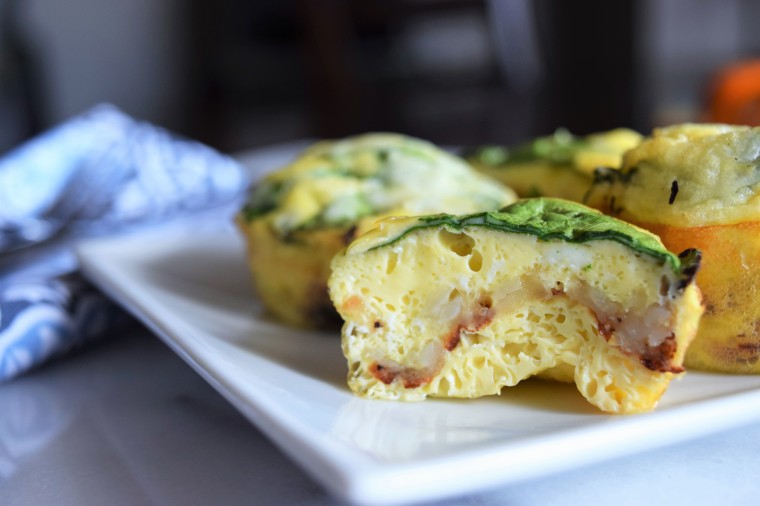 If you followed along with me a little while back, you know I was looking for ways to cut sugar out of my diet, especially at breakfast time. For a while I had been eating plain hard boiled eggs for breakfast, but that got old really fast, and I was back to my sugary cereal before I knew it. Cold hard boiled eggs = boring and dry.

In order to mix it up and get back to my low sugar breakfast routine, I got inspired by some friends I knew who were making meals ahead for the week. Though I don’t love doing this for dinner since each day I vary on what I’m feeling like, I thought it might work for breakfast. Low in sugar and high in protein (both things I need help on), I started back on the egg train. Let’s make them a little more exciting though, shall we?

3. Hide some greens in there while we’re at it. 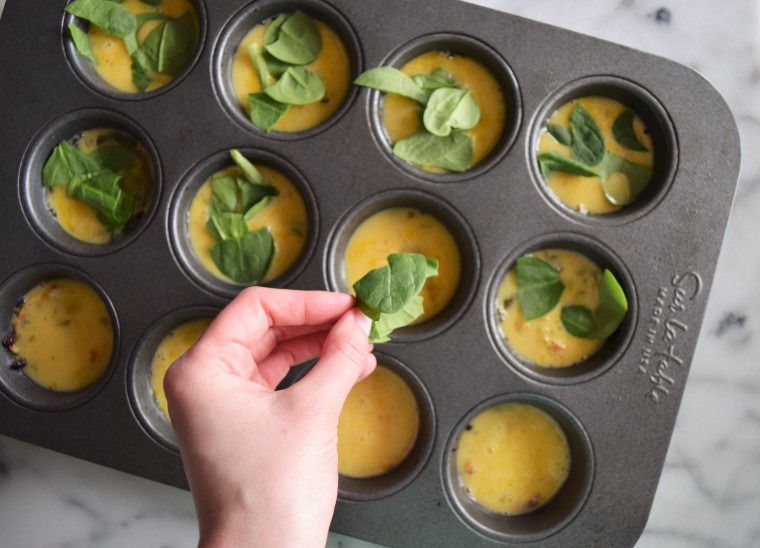 By baking the hash browns first and then adding the egg mixture afterwards for a second bake, you get a nice mix of textures in this dish. I added a bit of cheese and olive oil to help the hash browns stick together. The eggs are then scrambled with some fresh spinach and topped with a bit more cheese, because cheese makes everything better. Optionally, you could also add some ham or extra veggies to help to mix it up throughout the week.

These breakfast cups usually take me only 30 minutes to prep on the weekend, and then I microwave two of them for 40 seconds in the morning and am off to work during the week! I’m loving this new recipe and have cut my sugar intake for breakfast to only about 1 gram versus 17 for milk and cereal! These are also great for serving to a large brunch group on a weekend.

1. Preheat the oven to 425 deg. F. Mix together your hash browns, 1/3 cup of shredded mozzarella, olive oil, and a dash of salt and pepper in a bowl. Place heaping tablespoons of the mixture into a greased 12 cupcake tin and press down each cup to create a hole for the eggs later. Bake for 15 minutes.

2. While the hash browns bake, whisk together your eggs and milk in a bowl to combine with another dash of salt and pepper. Shred up your spinach into small pieces.

3. Remove the hash browns from the oven and reduce the oven temperature to 350 deg. F. Pour the egg mixture evenly into the cupcake pan over the hash browns and top each cup with spinach and the remaining shredded mozzarella. Bake the eggs for 12-15 minutes or until the tops appear solidly baked.

4. Eat immediately, or store in a container in the refrigerator for up to a week. To reheat, place 2-3 breakfast cups on a plate and microwave for 40 seconds. 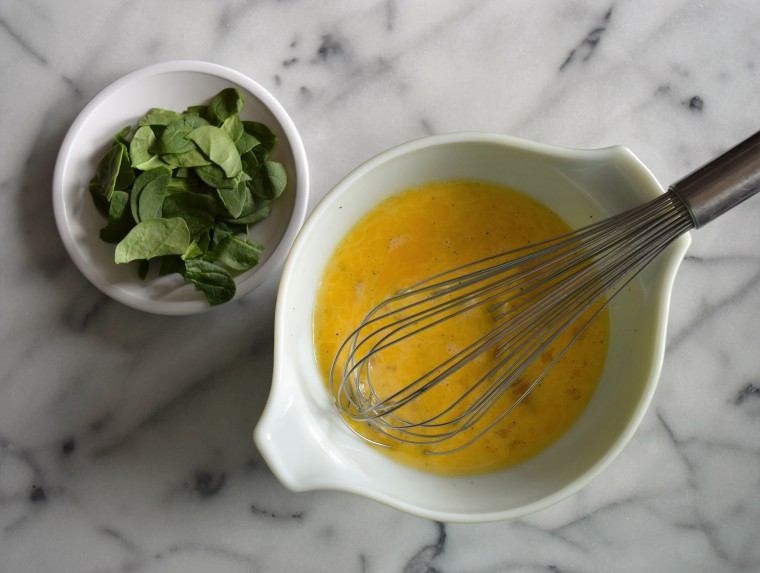 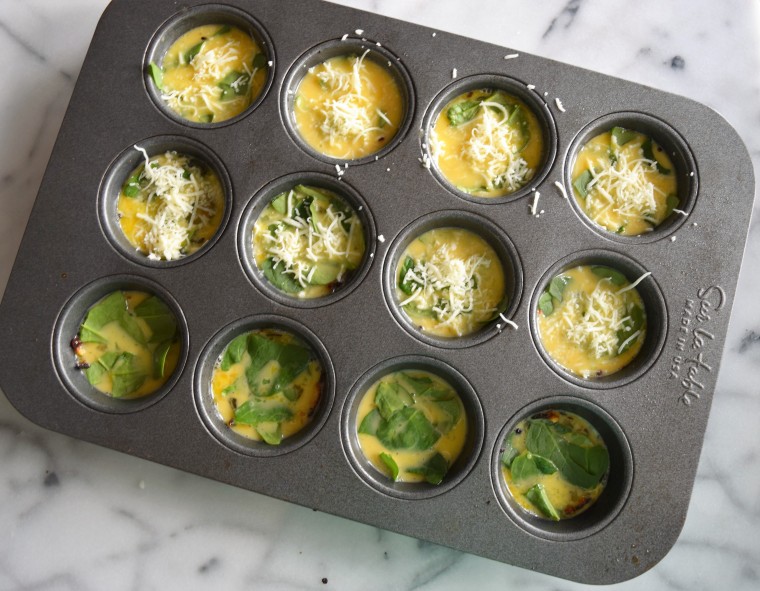 You know it’s a good sewing project when you put it on immediately after finishing the last seam ❤️ ready for cozy Christmas nights in these perfect jogger pants (sewing pattern on the blog from way back). I may like these better than the original! #sewingpattern #joggerpants #christmaspajamas
Somebody *cough cough* left you hanging last week, but this cutie shirt jacket is done!!! The oversized fit is so cozy for fall, and I’m totally obsessed with the organic flannel I used from @fabricateboulder. I made this pattern exactly as written in a size small, but using the length of the medium to make it longer. Hilariously enough, this fits Kyle like super well, minus the sleeve length, so I might just have to make him one too 😂 hope you’re gearing up for Halloween weekend fun!
Trying something new over here!! I’ve gotten really into trying to sneak more protein into my diet, and my latest favorite (made it at least 4 times this month) is this pumpkin pie protein shake! Seriously delicious, you’d never know it was actually pretty healthy. Recipe below!
How I’ve held out until now on the pumpkin baked goods is a mystery. But we’re here now, don’t worry. 🎃 I use this pumpkin bread recipe for muffins, with a Nutella swirl, and with cream cheese frosting to make cupcakes. Truly so easy and versatile! Hardest part is finding a grocery store with pumpkin in stock. 🙃 Recipe on the blog archives! #pumpkinmuffins #pumpkineverything #fallrecipes
While I was at a friends bachelorette, the #valdiviasweater pattern was released and I can’t wait to share it with you!! This was my first time getting to test a pattern, and it just so happened it was a shape I had been dreaming about making myself. This came together so quickly, even with my alterations adding the color blocking. This pattern is out just in time for sweater weather, plus it comes with a handful of variations and great instructions for beginners. Absolutely recommend, great job @alissahthreads!
When the groom’s name is David, you pull out all of the Schitt’s Creek references #ewdavid 😂 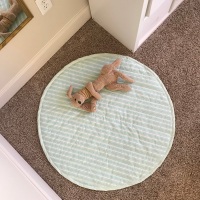